Failure Has to Be an Option 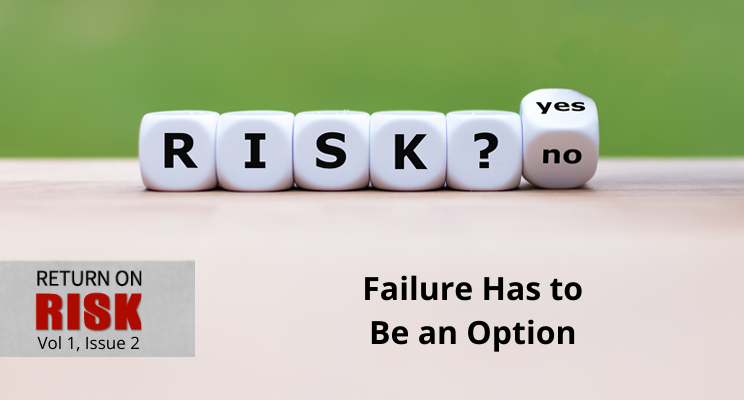 “I’ve made billions of dollars of failures at Amazon.com. You might remember Pets.com or Kosmo.com. It was like getting a root canal with no anesthesia. None of these things are fun. But they also don’t matter.”
– Jeffrey P. Bezos (President and CEO of Amazon) at 2014 Business Insider IGNITION conference

In Ron Howard’s 1995 movie Apollo 13, there is a dramatic moment when Ed Harris, playing Flight Director Gene Kranz, is working with his team on the power problem (power is everything). At the end of the scene, he says,

“We have never lost an American in space, and we sure as hell are not gonna lose one on my watch. Failure is not an option.”

The problem? He never actually said those words, but they have influenced how businesses have thought about failure. Failure has to be an option if your company is going to invent on behalf of the customer.

Success is defined in various ways by different people. Most of the people we think are successful have failed many times as part of their journey. Jeff Bezos (and Amazon) is no exception! For him, taking risks, investing in risk, and suffering the necessary failures become the stepping stones for attaining eventual success.

Failure has to be an option if your company is going to invent on behalf of the customer.

At Amazon, from the very beginning, this belief of testing and experimenting was integrated into their thought process. Every employee is encouraged to work on new and innovative things that help Amazon better serve customers to grow. On the other hand, if the experiment failures, the employee is encouraged to learn what went wrong. What didn’t work?

At far too many companies, the employee’s career is damaged. You see, most people do not fear failure; they fear the consequences of failure. At Amazon, everyone is encouraged to analyze what went wrong and learn from it!

Most people do not fear failure; they fear the consequences of failure.

Jeff Bezos loves space. It’s because risks are intricately associated with them, but every step has great potential for achievement. Growth Principle #1 is Encourage Successful Failure. This phrase comes from the same Apollo 13 movie. They were spoken by Tom Hanks (playing Jim Lovell) at the very end of the film when he said, “…their mission became known as NASA’s most successful failure.”

In a December 2014 interview with Henry Blodget, while talking about the role of failure, Jeff Bezos said, “…one of my jobs is to encourage people to be bold. It’s incredibly hard. Experiments are, by their nature, prone to failure. A few big successes compensate for dozens and dozens of things that didn’t work.”

It is important to remember that Amazon does have an intolerance for incompetence. Every employee is expected to bring their best to their job every day. They also recognize that any new idea has its risks of failure. For most organizations, the fear of failure and embarrassment keeps them from being creative and embracing failure as a way to grow like Amazon.

Most people do not fear failure; they fear the consequences of failure.

In 1999, Amazon attempted to compete with eBay and introduced Amazon Auctions. This idea failed miserably as customers didn’t accept Amazon’s platform versus eBay. zShops was another experiment and another big failure. Due to additional sign-in steps, customers did not like shopping on zShops, and it was canceled. What they learned became a runaway success – Amazon Marketplace, letting third-party sellers use Amazon’s platform. As of 2018, 58% of all products sold on Amazon.com came from third-party sellers on Marketplace. Marketplace is an example of a “successful failure.”

Following are a few thoughts to keep in mind about failure that might help you be willing to see the return on risk that failures can provide:

To attain success, failures are inevitable. Jeff Bezos believes that as compared to success, failure taught him a lot more. It took Bezos 25 years to build a trillion-dollar business from a small online bookstore at Amazon.com. 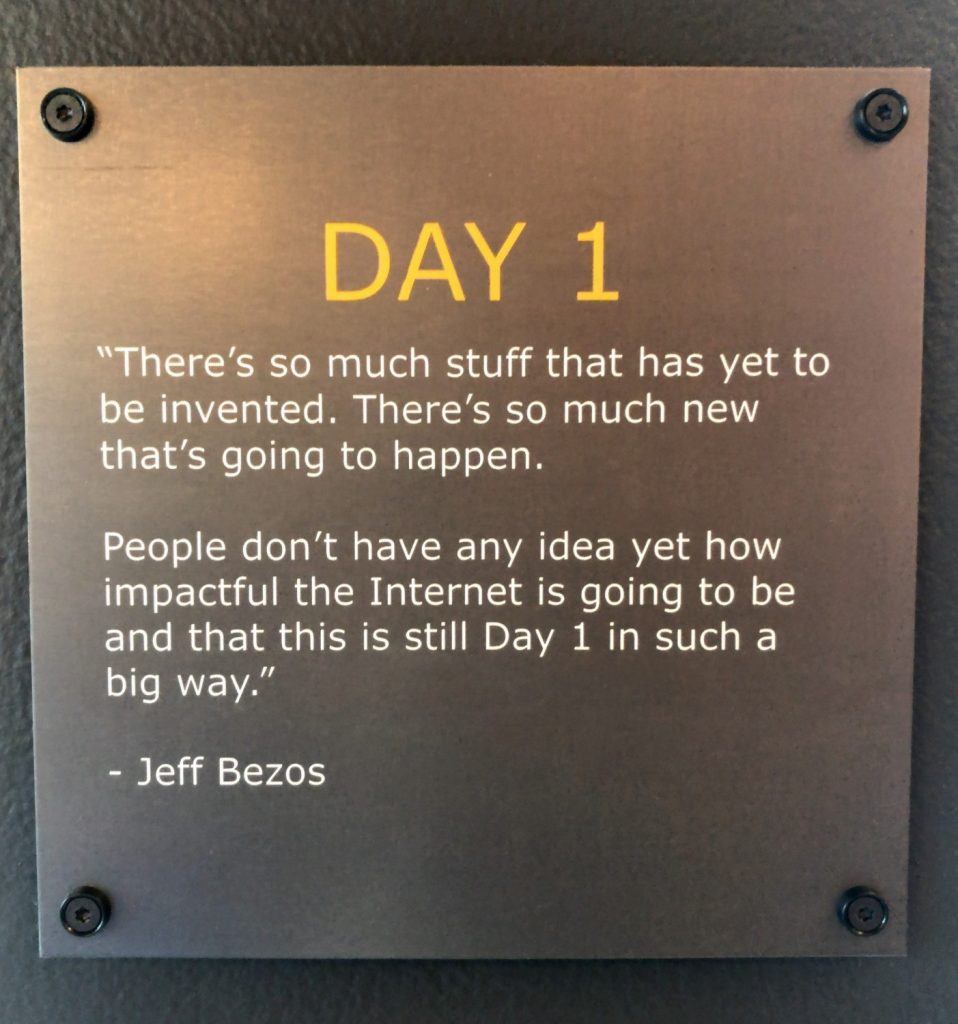 There’s so much stuff that has yet to be invented.

A plaque hanging in the lobby of the Day 1 Building – where Bozos has his office – says, “There’s so much stuff that has yet to be invented. There’s so much new that’s going to happen. People don’t have any idea yet how impactful the Internet is going to be and that this is still Day 1 in such a big way.”

Here is a quote from the 2015 shareowner letter where Bezos talks about failure:

“One area where I think we are especially distinctive is failure. I believe we are the best place in the world to fail (we have plenty of practice!), and failure and invention are inseparable twins. To invent you have to experiment, and if you know in advance that it’s going to work, it’s not an experiment. Most large organizations embrace the idea of invention but are not willing to suffer the string of failed experiments necessary to get there. Outsized returns often come from betting against conventional wisdom, and conventional wisdom is usually right. Given a ten percent chance of a 100 times payoff, you should take that bet every time. But you’re still going to be wrong nine times out of ten. We all know that if you swing for the fences, you’re going to strike out a lot, but you’re also going to hit some home runs. The difference between baseball and business, however, is that baseball has a truncated outcome distribution. When you swing, no matter how well you connect with the ball, the most runs you can get is four. In business, every once in a while, when you step up to the plate, you can score 1,000 runs. This long-tailed distribution of returns is why it’s important to be bold. Big winners pay for so many experiments.”

So you see, failure has to be an option when you experiment.

What is your mindset about experimentation?

What is your organization’s employee award for the most successful failure?