For Jeff Bezos, Invention Is More Important than Innovation 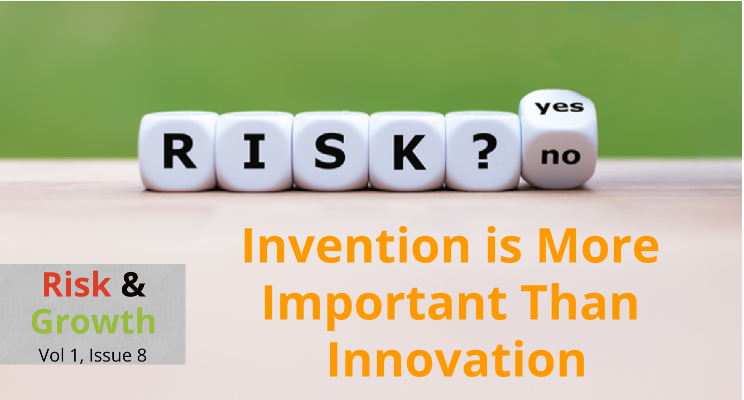 As you’ve likely heard, Jeff Bezos, CEO of Amazon, is transitioning to a new role as Executive Chair of the Amazon Board. He also announced that Andy Jassy, the current CEO of Amazon Web Services (AWS), will become the CEO of Amazon. This transition will take place in Q3 2021.

Bezos sent an email to all 1.3 million Amazonians announcing the change.

Bezos loves to use stories to communicate his key ideas. In this email, he said, “[Amazon is] widely recognized as one of the most successful companies in the world.” He then asked the question, “How did that happen?” His answer intrigues me and should cause you to stop and think.

Invention. Invention is the root of our success. We’ve done crazy things together, and then made them normal. We pioneered customer reviews, 1-Click, personalized recommendations, Prime’s insanely-fast shipping, Just Walk Out shopping, the Climate Pledge, Kindle, Alexa, marketplace, infrastructure cloud computing, Career Choice, and much more. If you get it right, a few years after a surprising invention, the new thing has become normal. People yawn. And that yawn is the greatest compliment an inventor can receive.

Amazon is often thought of as an innovative company. And a company that disrupts other industries. But it appears that’s not what Bezos thinks. He thinks “invention is the root of our success.”

He goes on to say:

I don’t know of another company with an invention track record as good as Amazon’s, and I believe we are at our most inventive right now. I hope you are as proud of our inventiveness as I am. I think you should be.

It seems to me that the vast majority of companies are focused on innovation and not invention. Companies talk about the need to be innovative or how they have a chief innovation officer. I realize that this focus is backward. Maybe your company should be focused on invention first, with innovation a distant second?

Amazon has disrupted various industries. But I’m convinced that is not their goal.

The Amazon Kindle was released in 2007. It was an instant success that took three years to invent. In the 2007 letter to shareowners, he describes that “we started by setting ourselves the admittedly audacious goal of improving upon the physical book. We did not choose that goal lightly. Anything that has persisted in roughly the same form and resisted change for 500 years is unlikely to be improved easily.” With Kindle, Amazon invented a new way to enjoy the pleasure of reading a book.

The invention of the Kindle did cause a massive disruption in the publishing industry. But that was not Amazon’s goal. Their goal was to “invent on behalf of their customer.” Disruption might just be the byproduct of inventiveness.

Jeff Bezos will continue to be part of Amazon. Here is how he describes his new role:

As Exec Chair I will stay engaged in important Amazon initiatives but also have the time and energy I need to focus on the Day 1 Fund, the Bezos Earth Fund, Blue Origin, The Washington Post, and my other passions. I’ve never had more energy, and this isn’t about retiring. I’m super passionate about the impact I think these organizations can have.

He ends his email with:

Keep inventing, and don’t despair when at first the idea looks crazy. Remember to wander. Let curiosity be your compass. It remains Day 1.